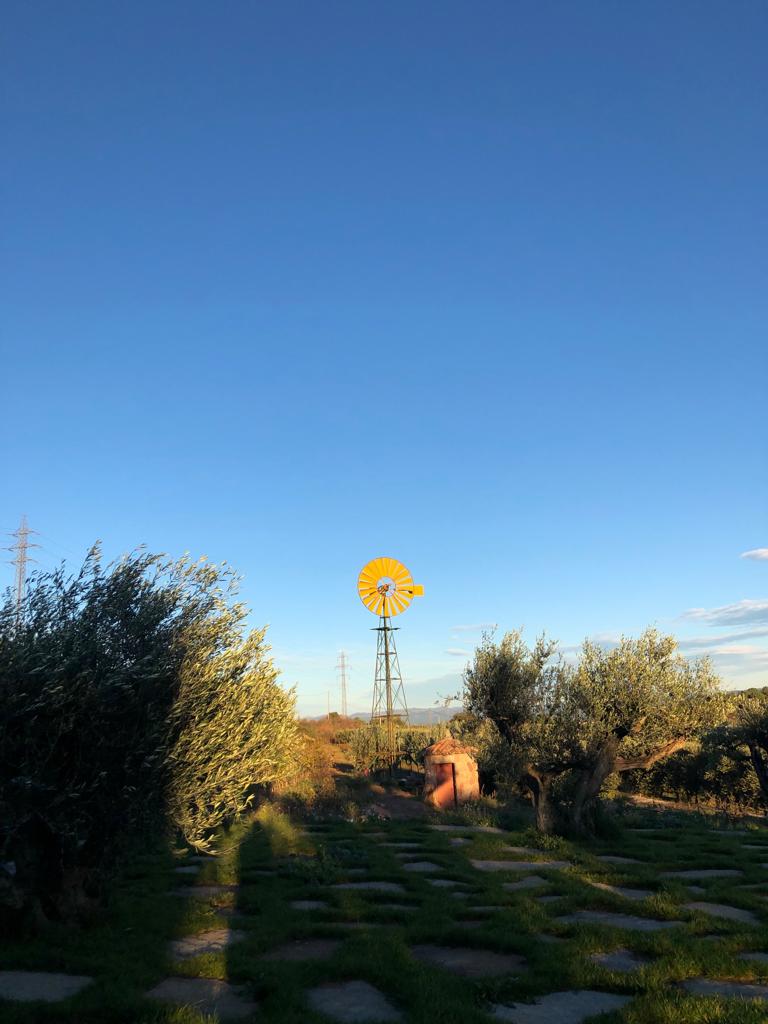 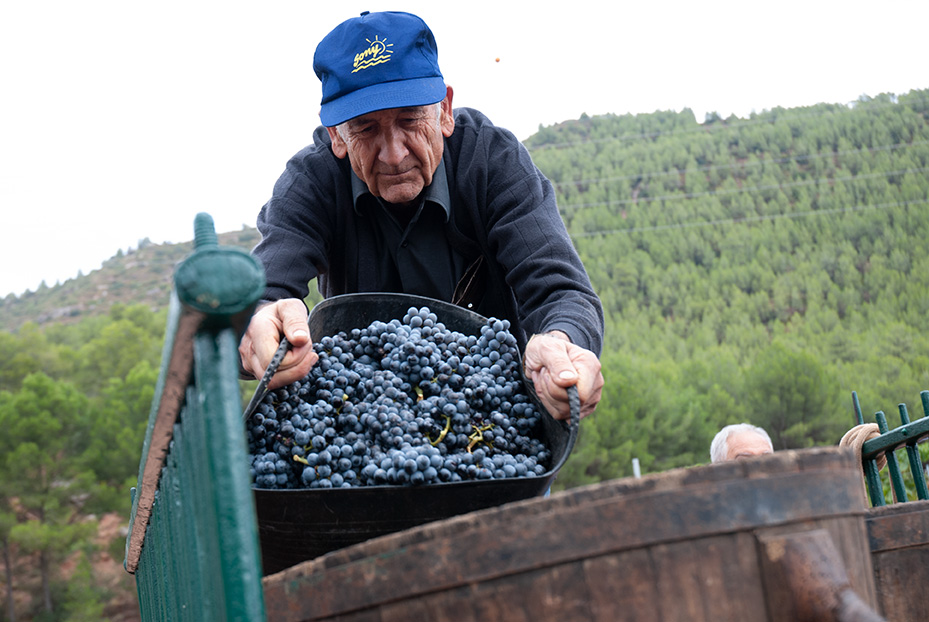 In 1990, Sebastià Catllà, a prominent businessman in the metal industry, teamed up with Josep Maria Claret to embark on a unique wine project. The aim was to restore the vineyards of the El Molí and Casanova de Monistrolet estates. After an intense research process, they chose to implement an entirely organic wine production model, becoming the first winery in the DO Pla de Bages wine region to do so from the outset.

Three decades on, Celler el Molí has restored much of the former agricultural landscape, which had been absent from this area on the outskirts of Manresa since the phylloxera blight. The vineyards and olive trees now cover the foothills of the famous Collbaix Hill, well known throughout the Bages region for its numerous trails and sensational views over the Pla de Bages plane and Montserrat Mountains.

Collbaix Celler el Molí has established itself in the market for the country’s best wines, earning very good scores for a dozen of its creations, in addition to producing three varieties of extra virgin olive oil.

When he was just under twenty years old, Josep Maria Claret began travelling to other wine regions to learn about various aspects of wine culture and cultivation. Hence, the Celler El Molí project, which originally relied on an imported grape variety: Cabernet Sauvignon. The plan was to hand-plant 3,000 vine stocks in Plot 21, at the foot of the Collbaix.

Between 1993 and 2006, the El Molí estate gradually grew. Many more hectares of Cabernet Sauvignon were planted, as well as two new varieties: Ull de Llebre and Merlot. 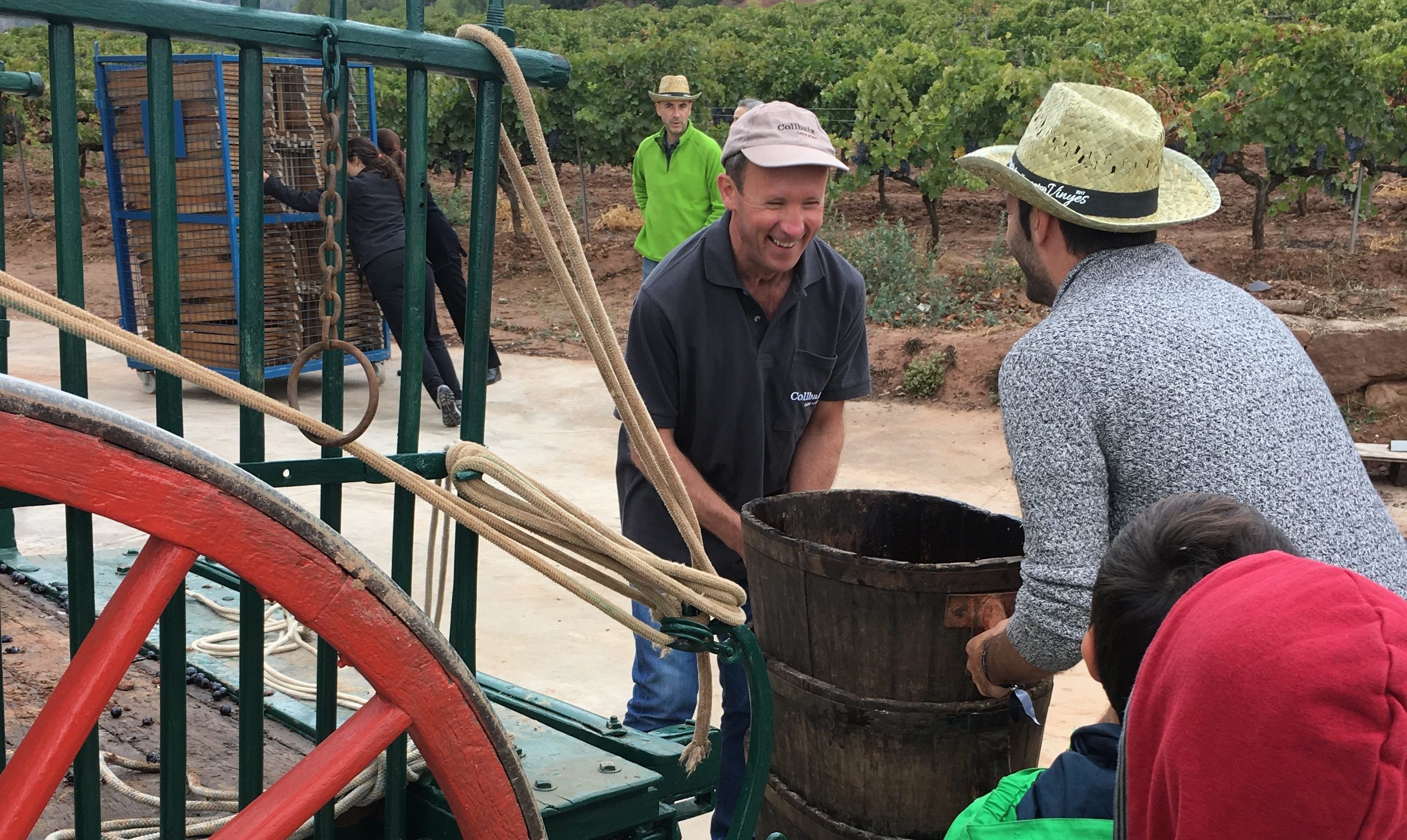 The building that consolidated the project

In 2005, construction began on a winery on the El Molí estate. According to Josep Maria Claret, the work ‘coincided with the first 8,000-litre vat of Merlot, which we filled but could not bring into the winery because work on it had not yet been completed’.

Once the new winery was finished, Collbaix Celler el Molí increased and consolidated its production. The Picapoll Blanc, Maccabeo, Cabernet Franc, Mandó and Garnatxa Negre varieties were introduced, whilst the winery joined the DO Pla de Bages wine region.

The winery has evolved with each new trend, just as it will continue to advance in accordance with new tastes and state-of-the-art techniques in the industry. 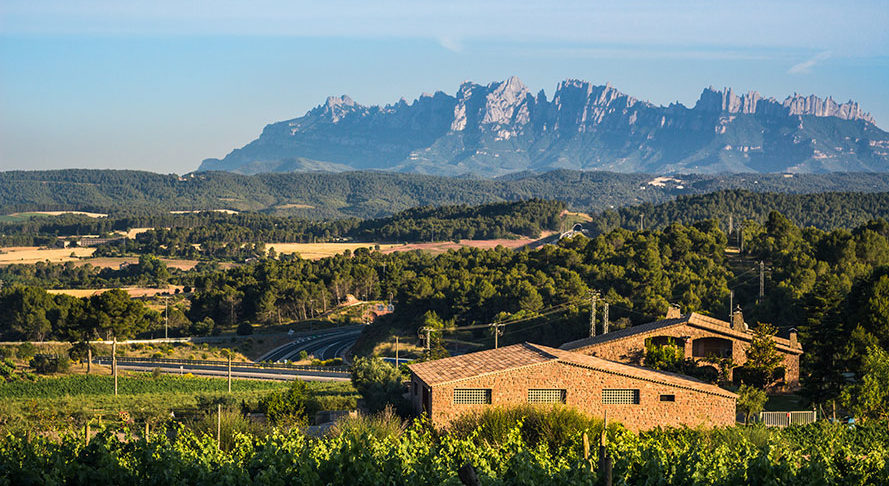 From Arbequina to Corbella and Verdal

In addition to the vineyards, in 2001 and 2002, Celler el Molí began to plant olive trees. It planted a total of 8,000 small trees over six hectares, which would bear their first fruits in 2008, leading to the first vintage of Arbequina extra virgin olive oil.

Since 2013, Collbaix Celler el Molí has used local varieties of olives, such as the Corbella, which is typical of the Cardener Valley, and Verdal Manresa, which is native to the central plain of Bages. 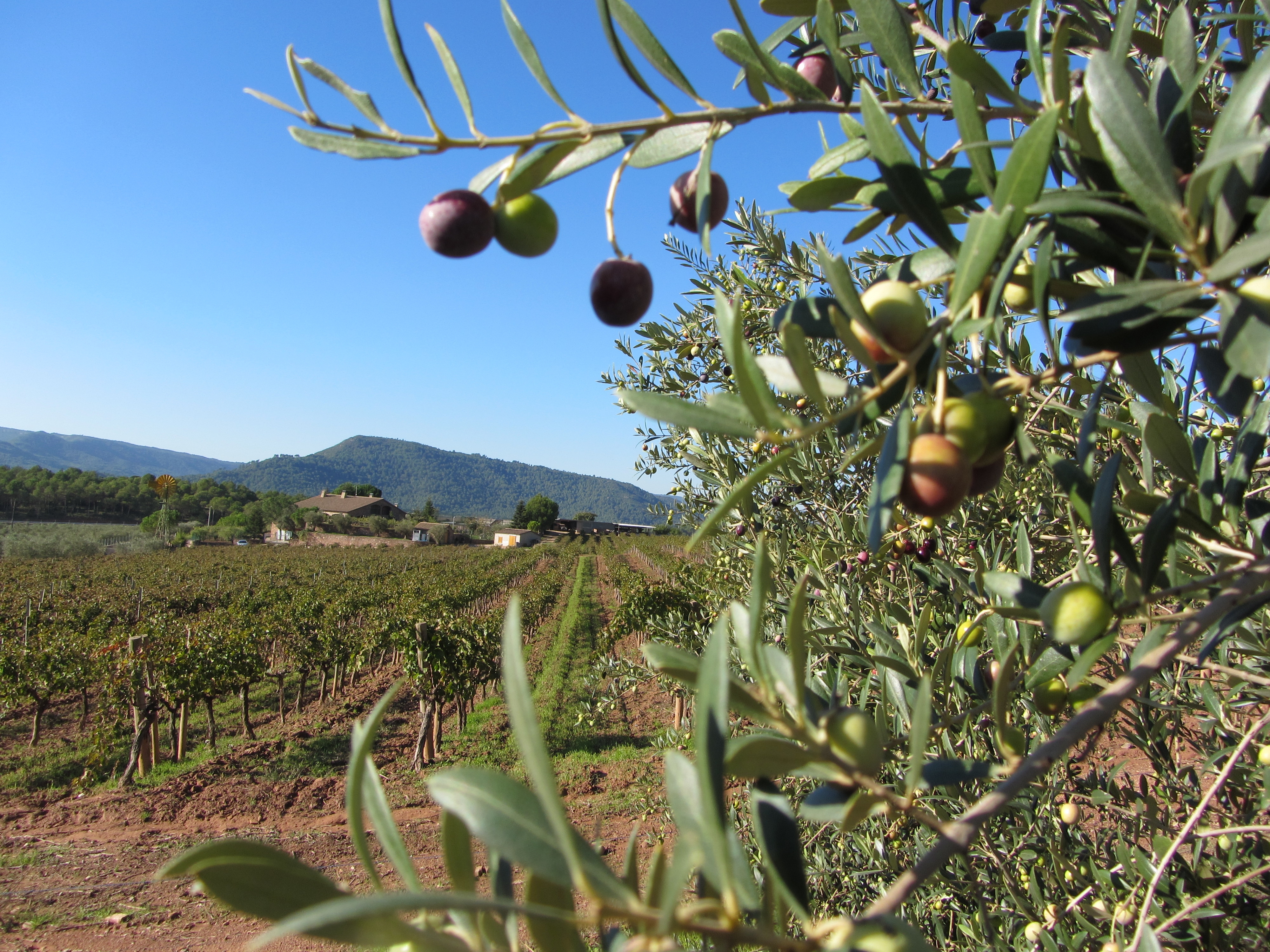 Absolute respect for the wealth of flora and fauna found on the estate has shaped Collbaix Celler el Molí’s philosophy from the start.

As a result, long before terms such as ‘organic’, ‘sustainable’ or ‘respectful’ became value-added buzzwords in the wine industry jargon, the owners of Celler el Molí were operating according to organic farming standards. 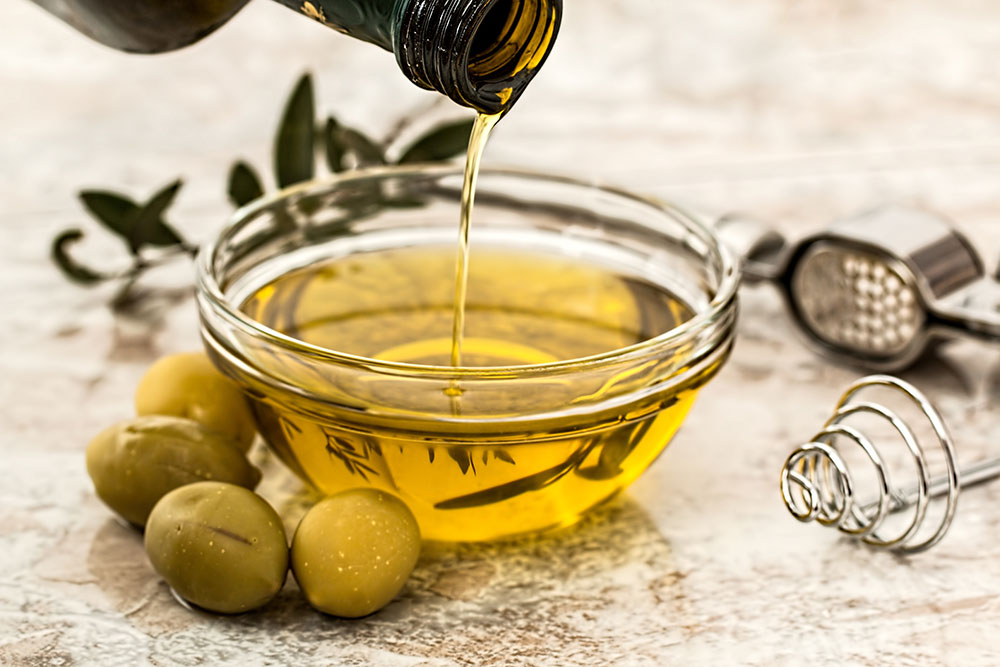 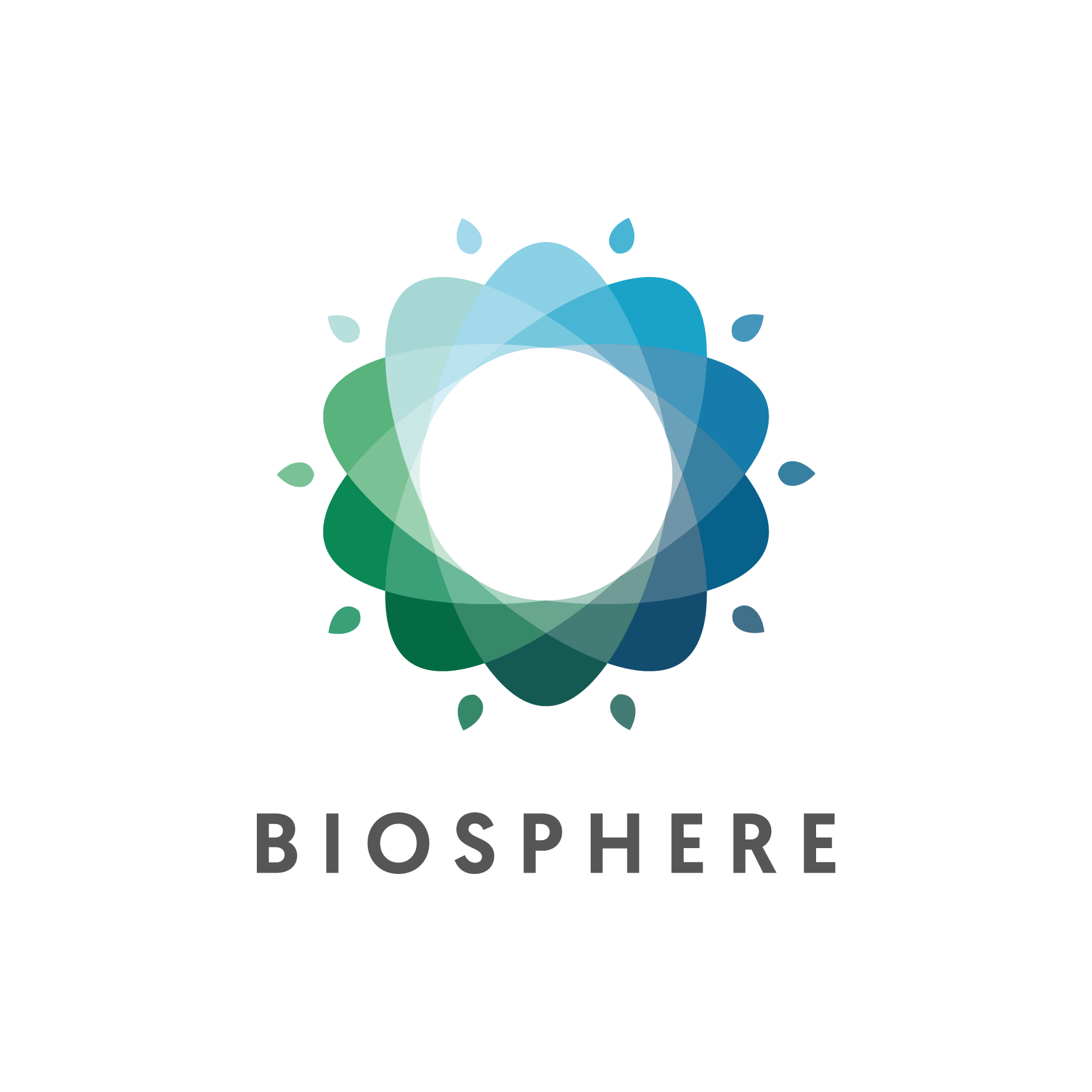 As a Central Catalonia UNESCO Global Geopark member and because of its commitment to sustainable tourism, Collbaix Celler el Molí has earned the Biosphere seal.

Biosphere is a form of sustainable tourism certification that recognises business activity conducted in accordance with principles of environmental, economic and social sustainability that contribute to respectful business practices in both the region and Catalonia as a whole.

Within the framework of the Biosphere seal, Collbaix Celler el Molí works to optimise its internal management from a sustainable and efficient point of view by applying strict best practice guidelines.

Urpina is an estate in Sant Salvador de Guardiola (Bages) that has both restored vineyards that have suffered under the weight of history and created new ones, providing jobs for people with mental disabilities and in vulnerable situations to produce wines under its own label.

Celler el Molí handles the wine-making, bottling and labelling processes making sure to include AMPANS in every step. This relationship between Collbaix and AMPANS makes it easier for people at risk of exclusion to have a decent job, whilst at the same time producing a highly regarded local product. 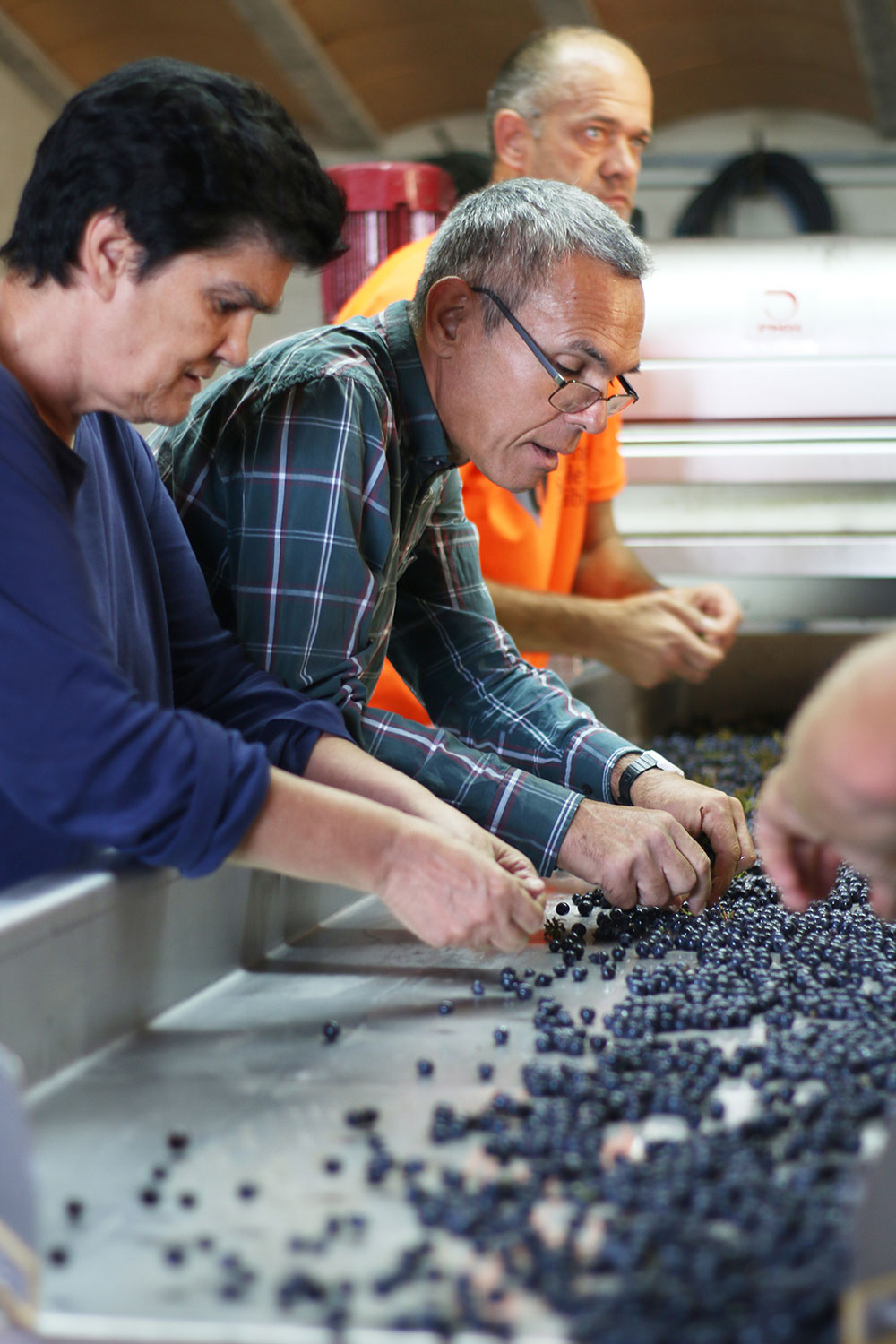 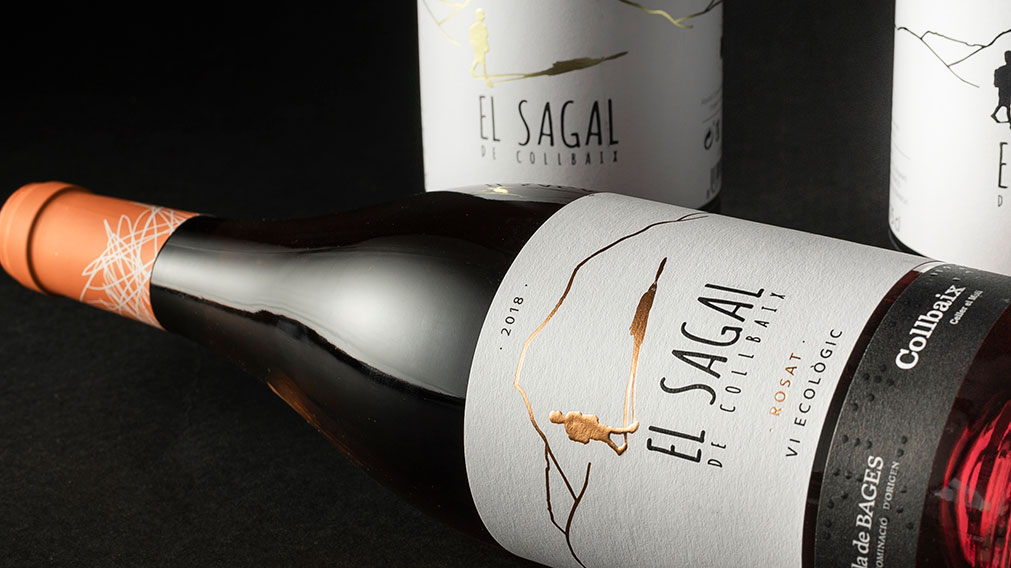 Without borders or barriers

We are the first winery in the DO Pla de Bages wine region to include Braille on its labels. And we have been doing it since day one. We thus make it easier for people with visual impairments to discover our wines and enjoy their tasting experiences.

Our facilities are accessible to people with reduced mobility and we adapt all our experiences to each user’s needs. Through wine and olive oil culture, we thus strive to do our part in matters of social inclusion and cohesion.